Torquay is nestled in the beautiful and diverse Devon, a seaside town situated on the English channel saturated in marine life. The town offers the most beautiful sandy beaches, and singles! The seaside resort town can cater for anyone’s tastes, whether that’s partying or heading off to the beach for some water.

Single Speed Dating in Torquay gives you the opportunity to meet other like minded singles in the area. Find love in the gorgeous backdrop of Torquay

Book now for speed dating near me in Torquay 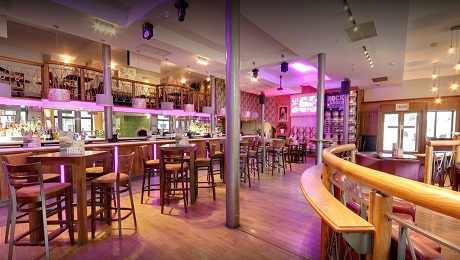 Rock Garden Bar & Café is the ideal venue for Speed Dating in Torquay. They only “opened their doors just a few years ago but has quickly established itself as the place to go for dining and drinking. The seaside town of Torquay boasts a bunch of eateries to fuel visitors but what sets this venue apart is the delicious food and upbeat atmosphere.”

This upbeat atmosphere is what fuels our cheery and outgoing Single Speed Dating evenings! If you met someone that you have instant sparks with after the event, why not stay for some gracious acoustic live music that the venue has to offer? You can’t beat that for romanticism.

Don’t look any further than the team at Slow Dating, we’ll help you find the best Singletons and our Single meet-ups. If you don’t find your right match, then we offer you a no match guarantee! Meaning you can attend another event free of your charge – furthering your chances of finding your match. Speed Dating in Torquay, Devon is the perfect opportunity occasion to meet people outside your usual circle.

Directions You will receive all instructions before the event, and we will ensure to moderate events incase of any issues.